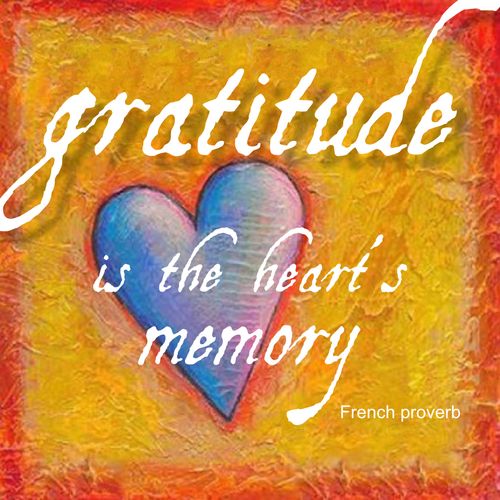 It is easy to limit our thanks to one day – thanksgiving – a holiday designated for us to give thanks to God for His many blessings. Or perhaps you grew up in a Christian home like I did and learned to say a heartfelt prayer. Personally, I’m very thankful for the legacy left to me by my grandmother and grandfather. They taught us to give thanks throughout our days, including at the dinner table before we sat down to eat for they knew many did not have the same privilege. We were also taught to give thanks at night before we slept because everyone is not always given the blessing of seeing another day. These blessings that are so easy to take for granted were given proper attention and have helped shape my life. But should our thanks be limited to these two occasions?

The Bible clearly tells us to give thanks to God for His blessings and it tells us to do so 40 times in the Bible. When the Bible states a direction over and over again we would be wise to pay attention. We must be careful not to treat thanking God like we do an alarm clock that keeps going off early in the morning by choosing to keep hitting the snooze button. He is continually showing us how to enter His presence. Psalms 100:4 says,

“Enter into His gates with thanksgiving and into courts with praise: be thankful unto Him and bless His name.”

Another example about how to enter His presence is found in Philippians 4:6-7 (Which also happens to be my life verse.)

“Be ye anxious for nothing, but in everything, by prayer and supplication, with thanksgiving, let your requests be made known to God, and the peace of God, which surpasses all understanding, will guard your hearts and minds through Christ Jesus.”

There are several verses (38 more) that can be quoted about giving thanks. These verses help remind us of the importance of giving thanks to God and that the byproduct of giving thanks is our ability to stay in peace. Who doesn’t want peace to reign in their hearts? According to the Bible, this is what happens when we approach God with a thankful attitude. Being thankful also affects those around us and becomes contagious to those around us. An example of this is told in the powerful story of Corrie Ten Boom.

She was a Dutch woman who lived with her father, Casper, an elderly clockmaker in Holland, and her sister, Betsie during the rise of the Nazi regime. Her story is so poignantly told in the book, The Hiding Place. She and her family were devout Christians and pillars in their community. They established girls training schools and often helped the poor. So naturally, when Hitler ordered the Nazi raid of millions of Jewish homes all across Europe, they (like many others) were horrified by the injustice of kidnapping Jewish families, tearing them away from each other and throwing them into concentration camps. Her family created an extra room – a hidden room – in their home to help hide Jewish families trying to escape Holland. Fully aware they were risking their own lives, this did not deter them from seeking justice. After rescuing several people,  they were caught and thrown into a concentration camp themselves. However, their bravery and strong faith in God carried them through even when Carrie and Betsie were separated from their father. 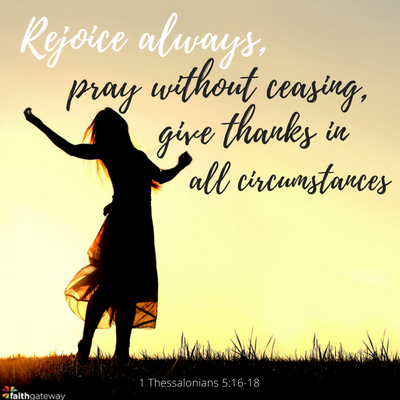 Corrie’s sister Betsie was a woman of strong faith and was constantly quoting Bible verses to Corrie (much to Corrie’s chagrin.) 1 Thessalonians 5:18 was her favorite, ” Be thankful in all circumstances for this is God’s will for you who belong to Christ Jesus.” She told Corrie to thank God even while they were being eaten alive by fleas and flies in their bunks. In the end, Betsie and Casper did not make it out of the camp alive but Corrie did. Her faith was strengthened by her sister’s faith. She even learned that because their bunks were infested by fleas, the guards left them alone and never entered their particular bunks, allowing Corrie and Betsie to lead Bible Study for the other woman there. Betsie was right. Giving thanks in all their circumstances not only changed their perspectives but allowed them to be a blessing to others. When they were faithful, God demonstrated His protective hand in a situation that seemed less than desiring.

Like the Ten Booms, we should make it our goal to give thanks to God for His blessings especially when times are dark for we do not know what seemingly bad circumstances could be God’s means of protecting us. None of us are perfect nor does God expect perfection. He’s a wise and loving God who has given us a simple instruction that will change our lives for the good.

We have completed almost two months in this new year, let us constantly bring our requests unto the Lord but do so with Thanksgiving, sisters! A good way to enter His courts is with praise. May praises to God be ever continually on our lips.