So this is a story about Moses…we all know Moses right?!?! He’s the “Let my people go!” guy from the Prince of Egypt…SMILE!!! No, in all seriousness, those four words spoken by Moses are super powerful and they represent so many wonderful things for the Children of Israel and ALL the people of God! Some of its significance will be highlighted in this blog and others will surface in future writings on this passage.  So back to Moses….he’s a really special guy, in fact, we learn that his name means “’Pulled Out’ – Because I drew him out of the water.” (Exodus 2:10) [That’s a super deep concept of foreshadowing that we just can’t cover today…but eventually…SMILE!!]. All throughout this book we learn and experience ways in which Moses’ name is exemplified as him being “Pulled Out”, Set Apart, CHOSEN! Moses has a work to do for the Kingdom of God and through this book, we find out how he embraced that fact.

So let’s get a little context of what’s going on around Moses so that we can understand what God is trying to show us in Exodus 3.  Exodus 1 informs us that Israel was prospering! They took seriously the “be fruitful and multiply” command…SMILE!! The population of the Israelites far outweigh that of the Egyptians and this worried the new Egyptian King. He thought that the Hebrews would overpopulate so much so that they would be able to defeat them and take over Egypt if they wanted to.  SIDEBAR: Ironically, I don’t really think that taking over Egypt was anything that the Hebrews desired. Sometimes we have a tendency to allow FEAR (False Evidence Appearing Real) to cause us to make assumptions and conclusions about a situation before it is even played out in real life. Our preconceived notions about a circumstance/situation can really distort our mindset and cause our actions to be totally off base. As a result, we can find ourselves making the situation worse by the way we react to the fabricated occurrences that we THINK will happen.  We must be careful not to fall prey to that trap of the enemy!

Ok…Back to the story…SMILE! The Egyptian King decided he needed to do something quickly to control the growing population of the Hebrews…He told the midwives that when they went to serve the Hebrew women that they would have to kill the boys and let the girls live.  (Sound familiar…history repeats itself…nothing new under the sun huh! Seems like every time the population needs to be controlled, they go after the manchild..uh oh…I feel another blog post coming…SMILE!) The midwives took a stance of not listening to the King, their reverence for the God of Abraham, Isaac, and Jacob was great and as a result, they were blessed by God!  The midwives said something that resonated with me…they said the Hebrew Women were different! [ANOTHER BLOG IDEA!!!! This book (Exodus) is sooooo goood!!!!] So since the King couldn’t get the midwives to comply with his declaration, he ordered everyone else to do so.

Now Exodus 2 is where “a goodly child” is introduced into the story! His mother kept him a 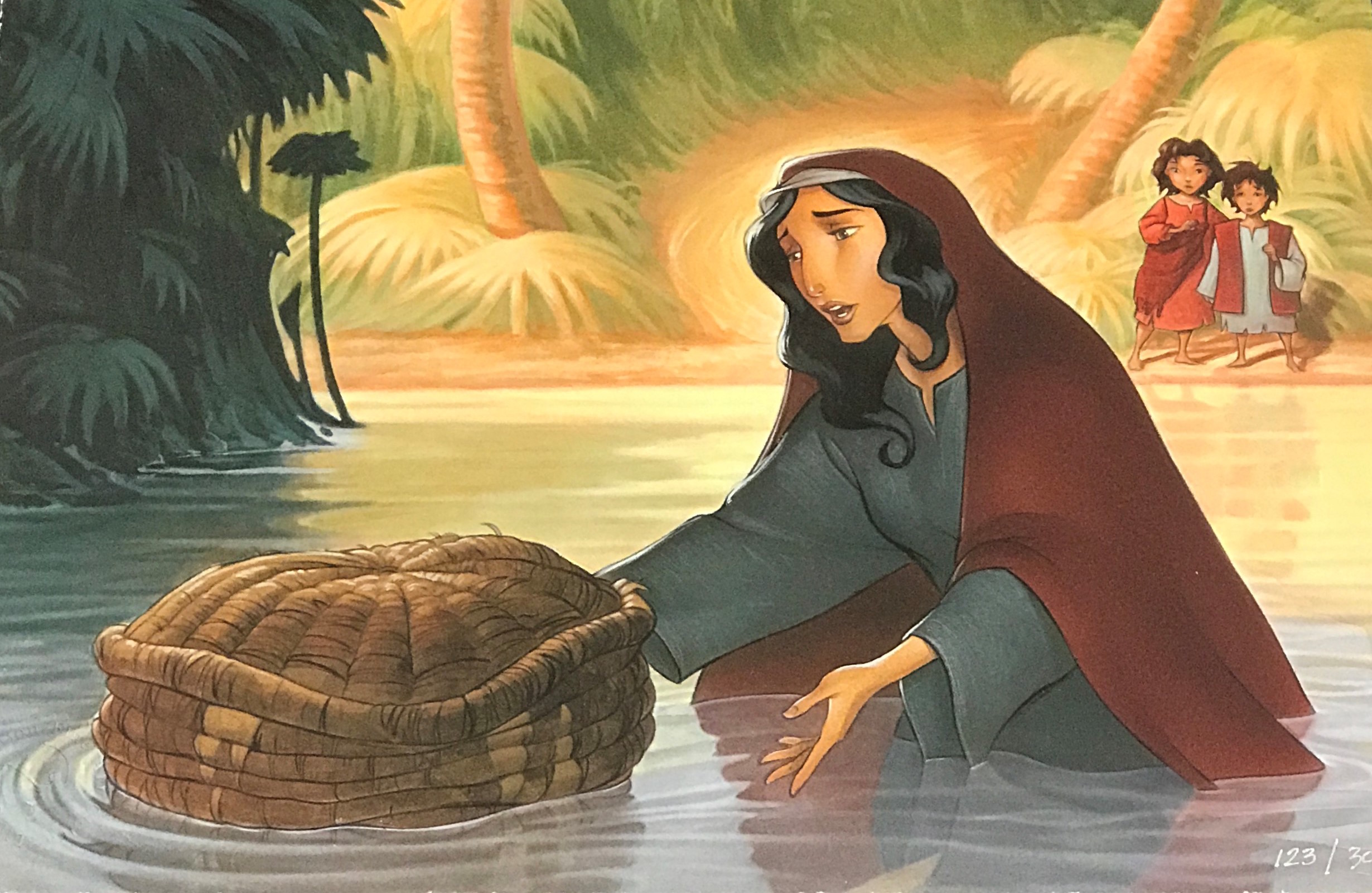 secret for about three months but she could no longer keep him a secret so she prepared a waterproof basket for him and let him sail away in the river.  The things mothers do to protect the well-being of their children…Thank you to all the wonderful self-sacrificing mothers out there! Back to the story…AGAIN!!! (I know I have a lot of sidebar comments…SMILE!!!). As Moses sailed the waters, he was found by Pharaoh’s daughter…Go Figure! Pharaoh certainly won’t take something away from her…that’s His daughter! Whatever she wants she gets! He will break the rules for her! Pharaoh’s daughter adopted the boy, named him Moses and raised him as her own. She taught him the ways of her culture…the Egyptian Culture!!!!

Fast forward a bit…Moses finds out his true identity, he accidentally murders a man, he runs away, and he finds a wife. This leads him to understand and learn the ways of the Hebrews, his real people! Whew! A lot went on in those two sentences….SMILE!!! And even though there are some details that are missed, every single one of those events and more was all orchestrated to prepare Moses for what is to come and the plan that God had for his life. [We’ll go deeper on that topic in another blog….Ruth and I have some writing to do!! SMILE!!!]

So now to Exodus 3, Moses becomes a shepherd for his father-in-law’s flock (FORESHADOW). An angel of God appears to him in the form of a “burning bush” that is not consumed…no forest fires!  Smokey the Bear not needed here…SMILE! Moses looked, he examines the phenomena and was amazed. He wanted to know more, so much so that he turned away from his flock and went to go see it up close and personal. Here’s my favorite part…When God saw that Moses turned his attention to the bush, it is then that he called him…Moses! Moses! And he replies “Yes? Here I am!” (Exodus 3:4) Now I don’t know about you, but I never recognized that part in the story before.  Moses had to TURN from what he was doing, he had to PAY CLOSE ATTENTION to what God was trying to reveal to him. He had to ISOLATE himself from all his distractions and DRAW NEAR to God. As he does this, God does a few things in return:

This new level of relationship with God came as a result of Moses TURNING HIS EYES toward the Lord.  Sometimes we see the Lord is trying to get our attention and we turn a blind eye. This may not necessarily disappoint the Lord but it will prolong the process of you growing and getting to know Him better.  I don’t know about you but I get very uncomfortable when I feel that I am stagnant and when I am not growing, that I am stuck, or at a standstill. The Lord doesn’t want that for us either! If you think about it, he designed us for growth: plants start off as seed and grow to maturity, humans start off as embryos and we grow into infants children teenagers etc. I can go on and on with my examples…but we will leave that for another blog…SMILE!!! Bottom line though is that we are not meant to stay stagnant…we are meant to grow. God is a gentleman; however, He will not push Himself on you…He will allow you to go at your pace.  He is waiting for your eyes to LOOK AT HIM and when your eyes lock with His, He will call you. Will your answer be like that if Moses? 2 thoughts on “Where are you looking?!?!?! Your growth depends on it!”